Jim Young’s first experience with modular multifamily construction in 2001 was almost his last. With today’s new designs coupled with improved efficiency, environmental benefits, and cost savings, however, modular is once again drawing the attention of developers.

“At the time, modular looked like large, unattractive boxes,” says Young, CCIM, owner of Sabot Development in Austin, Texas. “The industry was a lot younger, and many municipalities were not familiar with it.”

Particularly frustrating was the requirement that the units be inspected by the municipality, despite previous factory inspections. The inspection process slowed the project; though it went well overall, he didn’t undertake another modular project for some time.

Fast forward to 2017, when Young walked into a friend’s office. He was so impressed by a rendering of a modular multistory student apartment building that he signed on as its developer. This fall, Cheatham Street Flats in Austin will welcome its first tenants.

Like many other developers, builders, and municipalities across the country, Young recognizes that modular multifamily construction has come a long way in recent years. Manufacturers offer a variety of modular units built with wood, steel, or even repurposed shipping containers. The once-boxy look has been replaced by stylish exterior treatments. Units can arrive on a building site plumbed, wired, drywalled, and even furnished with appliances, countertops, and ceiling fans.

Builders and developers can complete more projects, more quickly compared to conventional methods, says Tom Hardiman, executive director of the Modular Building Institute in Charlottesville, Va. “In fact, owners can often cut months off  the construction schedule. Because the process is streamlined and the construction is quicker, owners can occupy the building sooner and begin generating revenue more quickly.”

Modular construction also addresses construction and labor costs. “Urban city centers are facing real housing challenges, particularly in terms of affordable housing, and they’re looking at any number of solutions,” says Paula Cino, vice president for construction,  development, and land use policy at the National Multifamily Housing Council in Washington, D.C. “They need to get housing done quickly with any sort of cost efficiency, and one of the biggest challenges is labor.”

“The main driver for me is the labor market,” Young says. “We have significant gaps in skilled trades – master plumbers and electricians are already in short supply, and many are retiring.” In addition, he says, “Being able to build a mixed-use project near downtown and deliver it in a reasonable amount of time meant that we didn’t have to plan for as much of a carry cost.

“A lot of expenses are back-end loaded; you pay significant amounts to design and engineer everything upfront, but a lot of that gets spread on to the job site, and you can still carry that property at a low basis until you’re finally doing site work and dropping in modules.”

Indoor construction of modular units means that weather isn’t an issue, so the building schedule is more predictable and quality control is easier to maintain. Another benefit, Young adds: “When you buy in bulk on a planned schedule, you can negotiate a contract for materials and skip some of the traditional distribution processes.”

Young is building with Z Modular, a Chicago-based firm that produces steel modular units. He chose steel because it can be built to tolerances more precise than wood. After the Cheatham Street building is complete, he hopes to produce more modular units, and steel will allow him to build higher than 60 feet.

The goal is to deliver the units as close to move-in ready as possible. “The sheetrock is in; it’s painted; the ceiling fan, light kits, cabinets, and countertops have been installed.”

Transportation from the manufacturing site is another consideration. “We’ve found that there is a break-even point for the cost efficiency of that factory-built modular component,” Cino says. “If you’re too far away from the site, those savings are going toward your transportation.”

Despite its promise, modular still accounts for a small percentage of new multifamily construction – currently about 4 percent of new construction starts, according to the Modular Building Institute. But with a combination of market forces and advancing technology, proponents see an increased willingness to consider modular for multifamily use.

While modular can shorten time on a building site, Young cautions that “there’s a significant amount of proper,  prior planning.” Much of this planning demands a more integrated way of working with architects, engineers and contractors – something that manufacturers are addressing by offering completely integrated services themselves.

Mark Skender, CEO of general contractor Skender in Chicago, says his company started researching modular units about five years ago, when it was an established traditional construction company with a focus on multifamily. “Our interest in modular stemmed from that – we saw lots of similarities from project to project, and thought, ‘Why can’t we build these units in a factory?’ ” Skender says. “Modular was just a way to step up the game in a more transformative way.”

However, the company proceeded with caution. “There weren’t a lot of great success stories,” Skender says. Developers were approaching the process in a traditional way, he realized. They’d find a manufacturer; bring in an architect, an engineer, and a general contractor; and it wasn’t efficient. “The fundamental problem,” Skender says, “is you’re still dealing with a fragmented industry. You’re introducing a modular manufacturing component, but still applying it to a fragmented operating system and expecting a huge benefit. We brought on the design, engineering, manufacturing, and construction so we could take it under one entity. We could streamline the process and get better and better at it, just like a product manufacturer would.”

Skender is scheduled to begin production in April on its facility on Chicago’s South Side, where it will design, engineer, and build each project. It is working with the city to include permitting as the units are manufactured. The company has several projects in planning, including a six-story, 110-unit apartment building and a row of three-flats designed for city infill lots. Because they’ll be pre-permitted, Skender says, the company hopes to deliver the keys in two to three months.

Modular construction also can be a solution for areas where affordable housing is in high demand. SG Blocks in Brooklyn Heights, N.Y., which Paul Galvin started in 2007, converts steel shipping containers to modular units. The units are assembled on site and leave the factory  90 to 95 percent complete.

“Each container is exactly built to the convention for safe containers,” Galvin says. “Even after we modify them, they’re still intermodal. They’re made to set quickly because of their original use, so the amount of disruption on site is shortened.

“We build at extremely competitive price points and in half the time,” Galvin says. “By halving the time, you’re generating revenue sooner. You’re also avoiding another 50 percent of builder’s risk, general liability insurance, and construction loan interest, so all the time-driven costs are reduced.”

Despite modular’s relative infancy, Galvin says that financing and underwriting haven’t been issues. “There obviously isn’t an established debt or equity market for modular, but we work closely with our clients to help them find their financing,” Galvin says. “The process is still fairly simple – you inspect the modules for percentage of completion and then do a typical bank draw. There’s still an element of teaching, but we’re committed to that.”

Education is key, Young says. “It takes more time and education to have a lender understand the process, and a lot of that comes down to the draw process,” he says. But, “we had no real issue with getting traditional lenders locally because a lot of times, in the end, they’re still underwriting on the strength of the guarantors and the sponsors.”

The draw schedule can be a new experience for some lenders, Hardiman says, but “once construction begins in the factory, the overall schedule is reduced, and the project costs are much more predictable because the materials have been ordered in advance. Lenders are attracted to this level of cost and schedule predictability.”

While financing hasn’t been an impediment to modular projects, Cino cautions that “the actual results of some modular projects have been a little mixed. There have been promises of cost effectiveness and time efficiencies. Sometimes that’s worked out well, sometimes it hasn’t. In terms of financing and timelines, you have to build in a cushion.”

Those considering a modular project need to educate themselves as well. With traditional construction, “you design a set of plans and give them to a general contractor who bids the job out to a pool of contractors,” Young says. “Because most modular technology is specific to a company, you have to get married to that specific company early in the process. Your plans have to be engineered into the structural components of what the company can bring to the table.”

Due to that close relationship with the builder, Galvin recommends that developers choose their builders based on their needs. “Most importantly, you need to engage modular-friendly professionals at the very beginning of your project so that it’s designed with precision and efficiency on Day 1, rather than taking a set of plans designed for traditional wood construction and trying to repurpose those,” Galvin says.

Developers and builders should perform due diligence and learn what modular manufacturers have built for their particular market, Hardiman adds. “While there are more than 200 modular manufacturers across North America, not all have built a multifamily project or even a multistory project.” And, he says, “MBI is working with various organizations including the International Code Council to develop standards and guidelines to further assist developers.”

Young says he’d like to see a national building code for modular construction. “It’s challenging for these factories to build at their maximum capacity when every project is unique, and you’re dealing with separate municipalities,” he says. But, he adds, as technology continues to improve the manufacturing process, “the next 10 to 20 years are going to be really interesting. I usually tell people, ‘Get ready to learn.’” 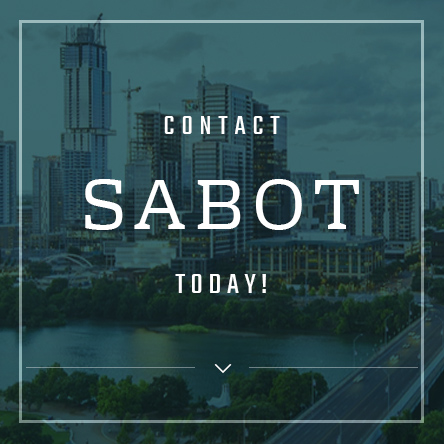