The Honor Flight Austin mission is to transport veterans with a specific priority to Washington, D.C. to visit their memorials dedicated to honor their service and sacrifices and return them home to their families and loved ones.

Of all of the wars in recent memory, it was World War II that truly threatened our very existence as a nation and as a culturally diverse, free nation. It is estimated that 372 World War II veterans are dying each day, our time to express our thanks to these brave men and women, is running out.

Cadence McShane and I are excited to be a part of the Honor Flight. Time and time again, our veterans have kept us and our families safe by risking their lives. We are eternally indebted to their selfless service to our great country. 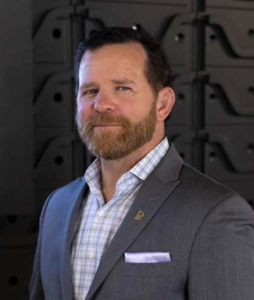 As a 32 year veteran of the US Army and a retired Infantry Colonel, I’m proud to accompany honor flight on this worthy cause to bring veterans to visit their war memorials. In 2018, while deployed in Afghanistan, I spoke on video to an auditorium full of WWII and Korean War veterans for a virtual honor flight in Broward County, Florida. These were men and women whose advanced age or health conditions prevented them from traveling to D.C. My Grandfather, a WWII Sailor, was in attendance. He confided in me that this experience was one of the most meaningful and moving of his post-war years and that he wished he would have been able to make the actual trip. I’ve been a huge fan of honor flight since – so this opportunity was too great to pass up. Thanks, Sabot Development for making this happen! 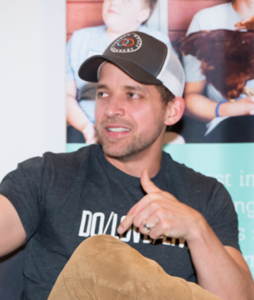 I’m thrilled for the opportunity to honor prior generations who bravely served our country. These men and women embody the best in all of us and the resilient American spirit of goodness. It’s an honor to celebrate their legacy with Honor Flight Austin. 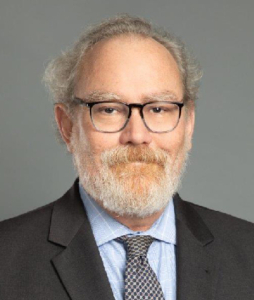 I first learned about Honor Flight when I was a traveler at ABI and saw the parade for a flight.  There was not a dry eye in the airport and nor should there have been.  Businessmen, construction workers, pizza vendors, vacationing families and everyone else stopped what they were doing and gave their respect as the group passed.  When I learned that my father, a Korean War veteran, had been invited to participate on an Honor Flight, I was overwhelmed as was he.  He had a serious hospitalization about a month before the flight and I think what ultimately got him through it was his stubbornness and his commitment that he wasn’t going anywhere until he went on his Honor Flight.  My dad once told me he had to “cut some corners” to get into the Navy to go to Korea and I have left it at that.  His service was always instructive on me and my family.  His other son and my brother went to the Air Force Academy and became an A-10 pilot.  He was an exceptional pilot and officer and died in a training exercise, diverting his failing plane from ground forces in his path.  And my dad’s grandson followed his father through the AFA and became a B-52 pilot.  Dad’s service meant the world to me and the recognition he received for it through the Honor Flight meant the world to him.  If he had his way he would have been buried in his Honor Flight shirt after he passed away this year.  Dad’s mentor(s), Jasper Brown and his wife, made the trip an amazing experience for him and to honor Jasper and all the vets that go on Honor Flight trips, I pledged to be a volunteer to help bring the rightful recognition and honor to those like my dad who so honorably served.  I very much look forward to joining what a worthy group to ensure they receive the recognition they deserve. 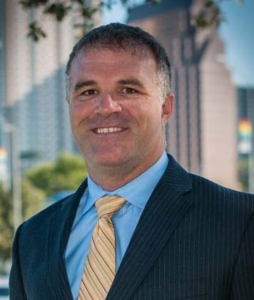 Brian Whitten has been an active real estate investor for over 19 years.

A graduate from the United States Naval Academy in Annapolis, Maryland, Brian traveled the world as a fighter pilot. During this time, Brian acquired rental properties across the United States. When he was not launching his F-18 Super Hornet off the front of an aircraft carrier protecting our country, he was pursuing his other passion – real estate. In 2008, he became a licensed Realtor® and quickly realized the true potential of investing in the housing market while he was representing clients.

Starting in 2009, he partnered with other investors to find fix-and-flip properties. He assembled a crew, tackled the projects one-by-one, and turned a profit for both him and his investors, all during his off-duty time from the Navy.

In 2012, Brian stepped back from active duty to pursue real estate. He moved to Austin and began to network with local investors. A year later, he formed Tally Two Investment Group. His company provided above-market returns for his investors while flipping properties, providing hard money loans, and partnering with other real estate investors.

This year, Brian was able to successfully launch his 2nd fund, the Academy Fund, which he co-manages along with Bill Militello and Scott Mackes.

Brian is a seasoned investor with over $100,000,000 in real estate transactions and has a great reputation and presence in Austin, Texas. He has capitalized on several unique opportunities with his extensive knowledge of real estate law and creativity.

Commander Whitten stays active in the Naval Reserves and combines his love of flying with a desire to work harder and smarter to make his new endeavor successful for himself and his investors.

Brian lives with his wife and two boys in Austin. They love spending time on the lake, smoking BBQ, and cheering on their Longhorn football team. 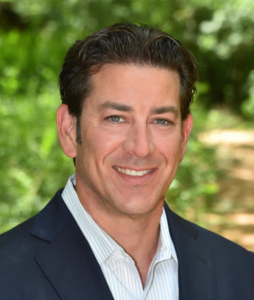 My father, Alan Koebel, was a Navy aviator flying recon missions over Vietnam.  A trip to Washington DC serving on an Honor Flight and accompanying my dad has been on my bucket list for over a decade.  We were waiting for the right time when things “slowed down” for us both, and unfortunately, the opportunity no longer exists for us.  We lost dad to COVID this past May 21′, just as we were starting to take trips together.  A great reminder for me that “tomorrow is not promised to anyone,” and to seize the moment when an opportunity presents itself.  As we embark on this historic trip, I will hold the conversations I had with my dad about visiting the navy memorial in my thoughts.
I followed in my dad’s military service footsteps when I joined the Air Force two weeks out of high school.  I served as an Ammunition Technician for just over 8 years, mostly oversees with extended tours in Korea, Germany, all 3 phases of Desert Storm, and temporary duty visiting 26 countries.  Over the past couple of years, I have become obsessed with WWII history… I have enjoyed learning the strategy and tactics used as depicted in the updated color versions of WWII documentaries.  Now to have the opportunity to be in the physical presence of those brave men that served during war time is such a privilege!  I’m thrilled to be a guardian with these brave vets as they receive the recognition they truly deserve.  Thank you Jim Young and Sabot Development for the opportunity to accompany Honor Flight #68; NO WAY would I have passed this up…. I’m all in!
NoxSab76!2021-10-07T15:02:14+00:00